Home News After losing 75% of his tongue to cancer, Harvey Swartz finds his... 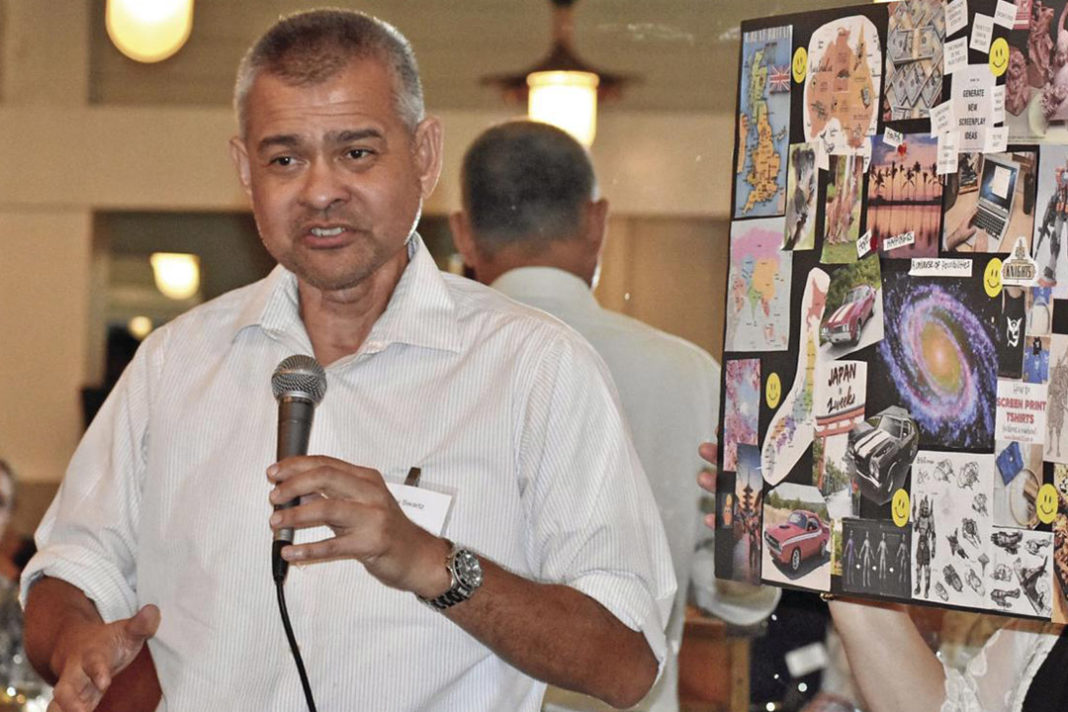 Harvey Swartz recalled when he woke up from a 14-hour surgery August 2014, he felt like Darth Vader without his armor.

And like the Sith warrior from Star Wars, Swartz had no voice. Swartz lost 75 percent of his tongue to cancer.  Cedars-Sinai surgeons rebuilt a tongue out of donor tissue from his right arm.

When he went under the anesthesia, he thought doctors would be taking out the tumor. Instead, when he awoke, he felt as if he lost his soul.

“I had tubes sticking out everywhere when I woke up, my new tongue was swollen out of my mouth, I could only communicate through an iPad. It was like being hit by a freight train, totally disorienting and traumatic,” said the former head of security for The Recording Academy.

“I was at square zero and I had to find my way up,” he said.

About 10 months later, after weeks of traditional, but frustrating speech therapy, the Long Beach resident finally found his voice.

And, it came from an unusual source: a street-performing ventriloquist in Santa Monica.