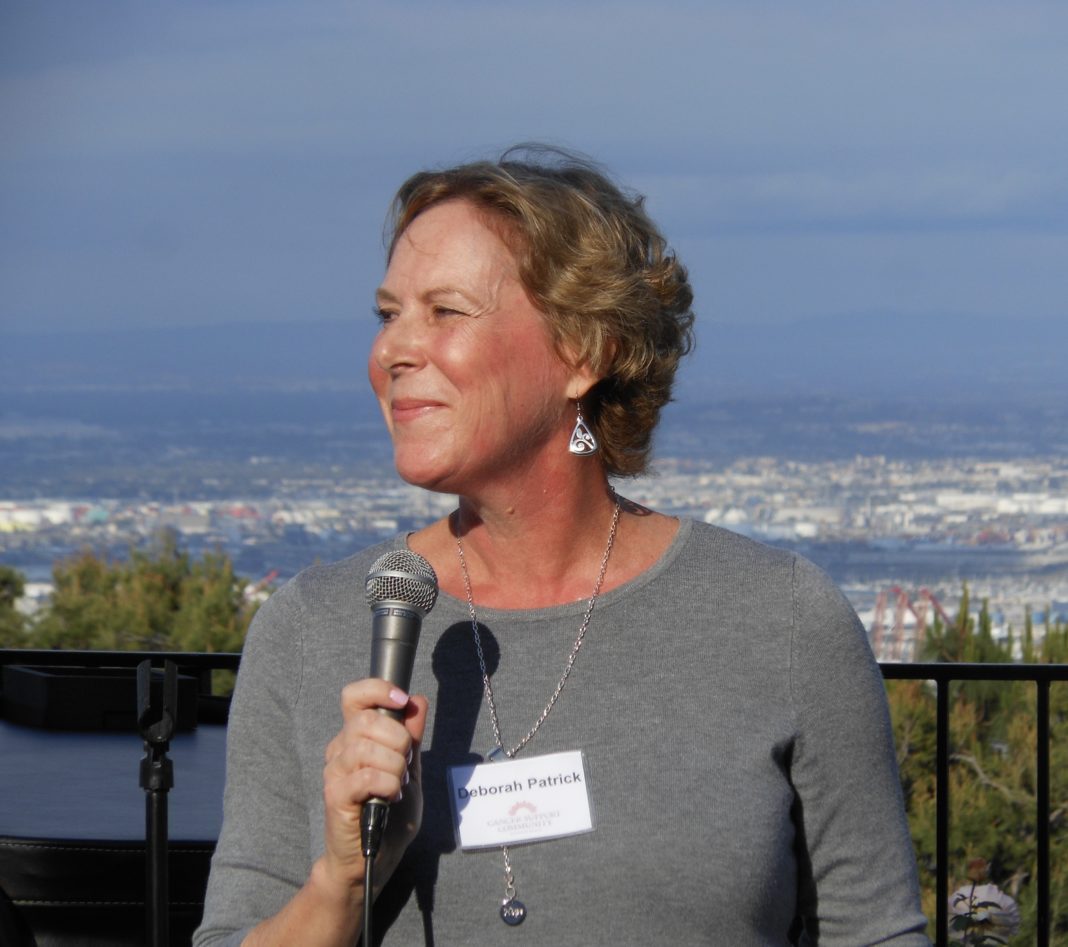 Deborah Patrick has been named the new president of the board of directors of  Cancer Support Community Redondo Beach. CSCRB offers more than 200 free support programs each month for cancer patients and their families.

Patrick is a retired Raytheon engineering manager. She became active in CSCRB in 2013 when her husband was diagnosed with an aggressive esophageal cancer. While participating in CSCRB’s caregiver group to support him, her sister and stepmother were diagnosed with breast cancer. Her husband succumbed to his disease in 2014, and shortly afterwards she faced her own battle with breast cancer. Over a two-year period, CSCRB provided four different support services for her—a caregiver group, bereavement group, individual counseling and a newly diagnosed breast cancer support group. Since the successful treatment for her cancer, Patrick has become a champion for the organization by sponsoring and speaking at CSCRB’s fundraising events and joining the board in 2016.